Challenges across the industry are forcing operators to find innovative approaches and evaluate their acquisition technologies more closely. In order to compete in the land seismic industry, geophysical providers require equipment capable of overcoming a diverse range of operational demands and environmental obstacles. Surface infrastructure and obstructions add a myriad of challenges for crews who must achieve high levels of productivity while producing the data integrity their customers demand. In populated urban areas and difficult terrains like these, deployment of traditional cable-based acquisition methods can be cumbersome and cost prohibitive. Since the introduction of cableless systems several years ago, the benefits of cable-free architecture are becoming widely recognized for offering contractors greater flexibility to design and manage surveys more efficiently without the burden of heavy cables.

Tesla Exploration, Inc., a wholly-owned subsidiary of Tesla Exploration LTD, is a geophysical provider accustomed to operating in complex terrains throughout the United States. Tesla was conducting a cableless acquisition project in the Marcellus Shale in northeastern Pennsylvania using INOVA’s FireFly recording system. Tesla chose to use INOVA's cableless system to mitigate risks associated with hauling and protecting heavy cables —tasks made especially difficult during the winter season when hilly, wooded paths become icy and snow plows threaten survey lines. This project site also posed challenges from highway infrastructure and concerns from the landowners of nearby wheat and corn fields within the survey parameters. During mobilization and deployment, crews were able to use highways and unimproved private roads to gain access to the survey area, but most equipment still needed to be deployed on foot; so having a lightweight, compact system that would be easy to transport was critical to the project’s success.

This Pennsylvania project proved to be the right opportunity to evaluate INOVA’s cablefree autonomous node, Hawk. Tesla had another project on the horizon that would require them to augment their current equipment portfolio, so Tesla partnered with INOVA to test the Hawk equipment’s features at the project site. The test would demonstrate the node’s continuous recording functionality, multiple sensor flexibility, wireless station QC, portable data collection and full-featured software. This field trial would also compare the data acquisition quality between the Hawk and the FireFly production recording system, which was already collecting valuable data for this project.

Data sets were downloaded and analyzed using the transcriber and central station computers located in the Hawk trailer.

In February 2012, INOVA delivered 200 Hawk stations configured for 3C analog plus digital to the project site. Crew personnel began preparations for deployment immediately upon arrival. INOVA provided thorough hands-on-training and on-site support to ensure proper set-up and execution of the tests for Tesla. Two lines were chosen on the northeastern section of the survey area. On each of the two lines, field personnel deployed two Hawk stations concurrently with a FireFly recording station using the portable Connex FieldTool with GPS technology. The FieldTool aided crews to quickly navigate to receiver location points during deployment and retrieval.

For greater flexibility, each Hawk field station is engineered with up to three analog channels and a digital sensor interface. This feature allowed Tesla the opportunity to perform the field test using both analog sensors and VectorSeis digital sensors at the same time with the same system. At each production station in the test area, one of the Hawk field station units was connected to a VectorSeis digital sensor and the other to a 3C SM-7 analog geophone sensor. In addition, the FireFly and Hawk systems were set up in master/ slave mode configuration to thoroughly test Hawk's functionality and build comparative data sets. After battery power up, the Hawk station automatically started its autonomous acquisition cycle and recorded continuously for 14 hours during the day. During this phase, Tesla’s crews said they quickly recognized the simplicity and ease of deployment of the Hawk nodal system.

From this test we were able to evaluate and witness productive output of high-quality data acquisition from the Hawk system. We look forward to using the Hawk autonomous node system in our upcoming acquisition projects, and believe the system’s operational flexibility will be a tremendous asset to our equipment portfolio.

Hawk stations are connected with VectorSeis digital sensors during deployment.

Due to permitting constraints and Pennsylvania's challenging terrain, shot points were generated with dynamite instead of Vibroseis. During shot generation, the FireFly system logged precise time break events from each source. Those time breaks were transferred to the Hawk system and the individual shot records were extracted from the continuous data. Since the Hawk field station units and the time events were synchronized with the GPS PPS (Pulse per Second), the shot traces were extracted with a very high degree of accuracy. Utilizing this approach, the Hawk system can be easily slaved to other recording systems to serve as infill or to enhance target image coverage.

QC Operating the Connex Field Harvest Tool allowed crews to gain visibility into the spread via Wi-Fi telemetry without retrieving stations from the field. Offering greater flexibility, the Field Harvest Tool can collect valuable QC and geophysical data via foot or by vehicle. With the Field Harvest Tool, on-site personnel checked the hardware status of the field stations, including its memory usage, battery voltage, sensor operations, and GPS performance.

INOVA provided a compact, self-contained trailer that housed the Hawk central system, data download infrastructure, and QC system. The trailer unit included computers and facilities to configure and prepare the Hawk units for field deployment, perform data download, and recharge the Hawk batteries. After the final shot was taken, the Hawk units were recovered from the field and data was transferred to the transcriber system. Hawk's shot based data retrieval functionality allowed Tesla quicker access to records of interest compared with downloading all of the continuous data from the Hawk stations.

INOVA and Tesla successfully achieved their primary testing objectives of verifying the Hawk system's functionality in the field, comparing acquisition data between Hawk and FireFly systems, and correlating the frequency response between the VectorSeis digital sensor with the 3C analog geophone. After careful analysis by Tesla personnel, the data sets from both systems proved to be nearly identical.

The Hawk field trials lasted from February 24th until March 4th, and resulted in the recording of 1,633,731 traces. The crew said they were pleased with the system's flexibility, lightweight high-grade, rugged aluminum enclosure, and optional shotbased data extraction feature. Hawk's transcription times are three times faster or more, depending on total volume of production, compared to other nodal systems in the market today. Upon completion of the test and having recognized Hawk’s superior performance, Tesla purchased 10,000 three-channel analog Hawk stations (30,000 channels) which were immediately deployed to an acquisition project in the Marcellus Shale. 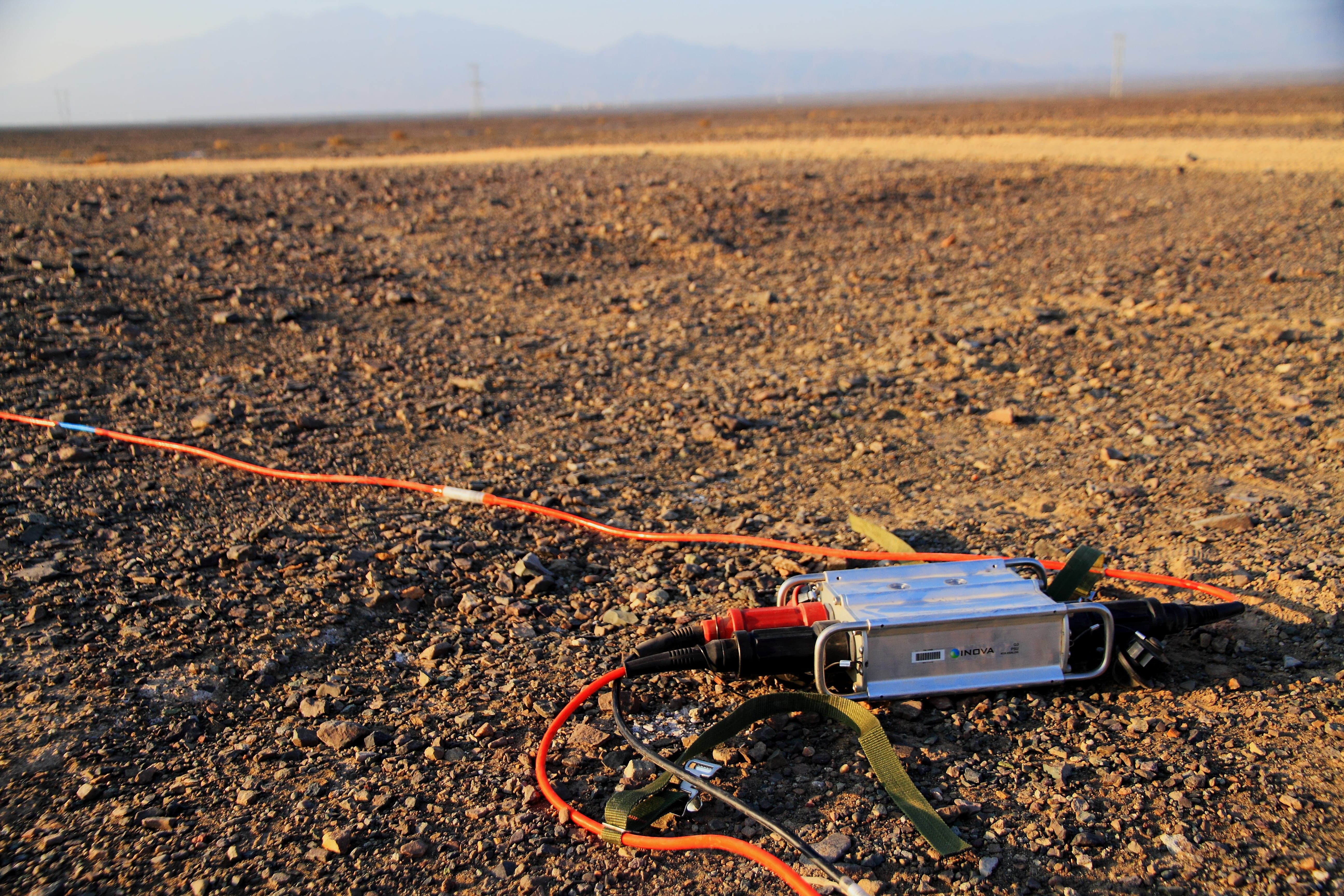